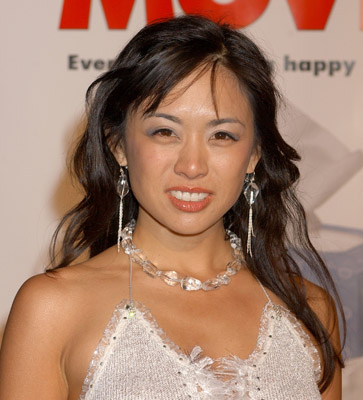 Marie grew up with extreme racism in Orange County, California from having her dog being poisoned to death to rocks thrown at her daily. After a Broadway national tour of Miss Saigon, Marie set out on a mission as an Artist-Activist of getting Asian-American faces more visible in the media when there were no role models. Marie has starred opposite leading men Ben Affleck, Craig T. Nelson, Tom Sizemore, Mark Wahlberg, Patrick Warburton and Chow Yun-fat. She is most known for her starring role as Julia in THE ART OF WAR opposite Wesley Snipes. She was also the co-founder and co-director for a successful performing arts school, VIVACE Conservatory for the Performing Arts, in LA’s Chinatown where many of her students have gone on to star in Hollywood movies, television shows and national modeling campaigns. While finishing her Environmental Engineering degree at UCLA in 2008 during the Hollywood Writers’ Strike, her professor from UCLA who sits on the UNIPCC educated his students of all the devastating consequences that would happen if humanity doesn’t combat global warming. Upon graduation, she dropped her Hollywood career to be a soldier in the fight against climate change. She continued her education with NAPCEP Solar System design certification, Clean Tech at Stanford, and finally an MBA from Santa Clara University. In 2009, she was a thought leader in the concept of “solar power is a transportation fuel” as the first electric cars revealed themselves. In terms of Green House Gas Emissions, Marie calculated that solar-powered electric vehicles is the most powerful solution that a consumer can take to fight climate change. She has been obsessed with this idea ever since.