System Designer/Program Coordinator
Eli started as a volunteer and was eventually hired as a SolarCorps Multifamily fellow in May of 2017. After his fellowship he was hired onto the Bay Area construction team as a system designer. He graduated from Indiana University Bloomington with a Bachelor of Science degree in Informatics. He moved to California to pursue work in renewable energy because he wants to dedicate his time to helping fight the climate crisis. 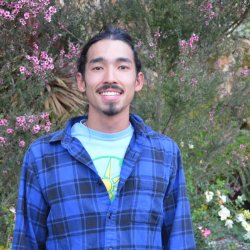