"Save me a spot": Women leading the way to brighter solar futures 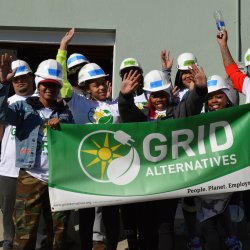 There’s usually a sense of excitement and anticipation in the air before a GRID installation begins. Homeowners are about to have solar on their home, participants are about to learn new skills and get up-close with solar, and GRID staff are making sure the entire crew is engaged and the work gets done safely and timely. Everyone has their part, and they all intertwine with each other.

In February, GRID made its way to the home of a 20-year resident of San Francisco’s Bayview district. Cari, the homeowner, is an army veteran and single mother who recently put her daughter through college. Due to a spat of recent back surgeries, Cari had to retire from her job at the U.S. Mint and can no longer work; her new 2.8 kilowatt solar system is estimated to provide approximately $26,000 worth of clean energy over its lifetime, helping Cari continue to build a thriving future for her family.

The crew installing Cari’s system came from local job training partner, Young Community Developers (YCD). This particular cohort was atypical for construction in that 70% identified as female. With only 27% of the U.S. solar industry -- and a mere 1.3% in the overall construction industry -- identifying as female, it is inspiring to have had these women (along with the men in the group) show up and show up confidently.

Leading the install was GRID’s Solar Installation Supervisor Amaris Lujano, who also came through a local job training partner, Future Build. She graduated valedictorian of her cohort, is fiercely competitive, and identifies her tools with bright pink tape that matches her bright pink hard hat. In a male-dominated field it’s easy to feel the need to conform, but Amaris pushes people to maintain their identities and be true to themselves. In the week following the install, before she lead the YCD cohort in additional training at GRID’s practice roofs, she shared a bit more of her story and lessons learned. Many of the participants resonated with her message about staying motivated through the training to be able to provide for their families, for long-term financial stability, and setting clear goals to get there. After Amaris finished sharing, one woman raised her hand and said “save me a spot” -- she’s on her way to the top, too. 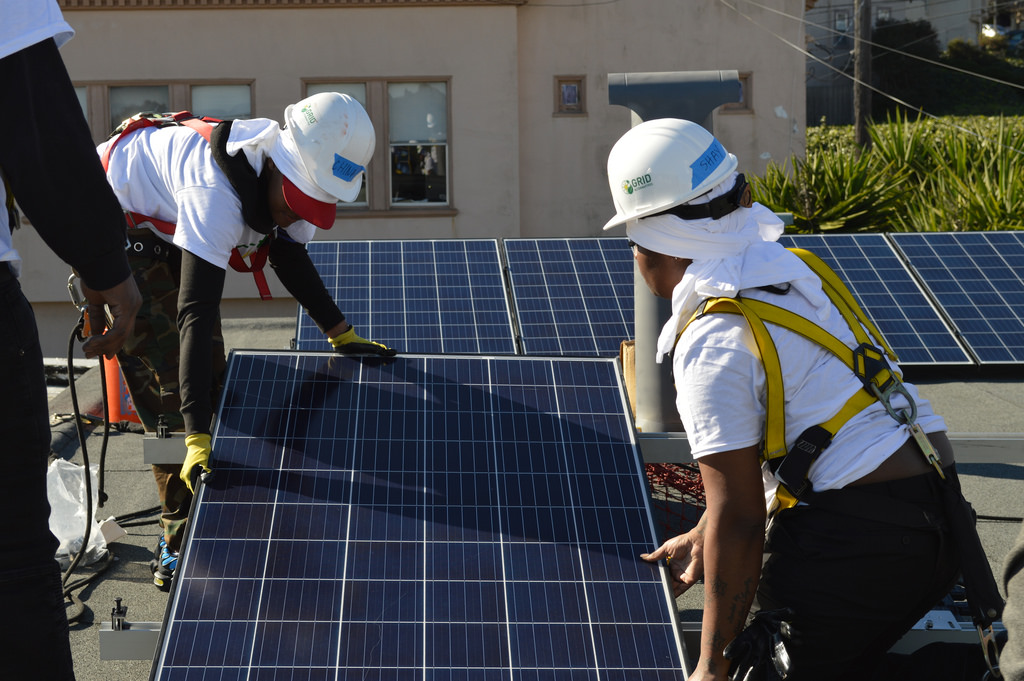 The YCD cohort is well on it’s way to the top, working hard as a team to complete projects like Cari’s. After all ten panels were installed, the homeowner was happy and the students even conspired to make a thank you card for Cari in appreciation for welcoming them to her home to learn.

Cari’s new solar system was truly a community effort. GRID would like to thank the San Francisco Mayor’s Office of Housing for providing a new roof for Cari, as she would not have been able to go solar without one. This project was also made possible in partnership with Honda, which is supporting solar installations for eight San Francisco families this year. This work wouldn’t be possible without our wonderfully inspiring homeowners, hard-working job training partners, and generous municipal, corporate, and philanthropic supporters!