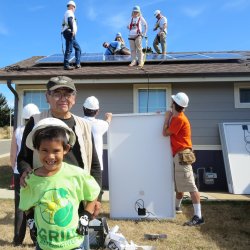 “I know that one day, people will tell your story and say that you have changed the world” – Beatrice Sonfack at TechWomen

The first day I ever spent on the roof with GRID Alternatives, I happened to look across the freeway and see a few tall houses with all black solar arrays in a row.  I realized the GRID customer community - low-income families with access to solar - is small compared to the relatively more privileged community with easy access.  GRID’s mission started to resonate, make solar practical and accessible to the people who could truly use it.  It’s the reason I became a GRID Team Leader, finishing 14 installs in the last 12 months.

As someone who also works in this industry, I recognize that soon price as a barrier to solar will become secondary, and in its place?  The same free market failures and project-based humanitarianism that hinder access to quality services like education and medicine in marginal communities.  This situation is avoidable, however, and I have recently been a part of two of GRID Alternative’s recent partnerships that prove it.

At a South San Francisco install with TechWomen, a dozen women from countries across Central Asia, Africa and the Middle East with placements at Silicon Valley companies put up a respectable four kilowatts of solar.  Many of their home countries are on the receiving end of aid efforts that invest in dams and outdated electrical grids, doing little to improve living conditions.  Alternatively, three of the TechWomen I met have grassroots businesses at home providing distributed energy resources to the community, which requires only a modest, very sustainable investment.

The second project was a multi-home installation event on the land of the Bear River Band of Rohnerville Rancheria, where GRID and employee volunteers from a partner company, Northland Controls, completed 6 systems on tribal members’ homes.  The return on these investments by GRID and their sponsors is powerful: over half a million dollars in energy cost savings for the Bear River families alone.  But throughout the organization, the passion that backs up this work is not for the project itself, but for the people behind it.  In front of 40 volunteers, Barry Brenard, Chairman of the Bear River Band Tribal Council, shared that GRID’s contributions starting in 2014 helped him gather the regional tribes for the first annual World Renewal Ceremony since the mid-19th century.  Solar energy matches perfectly the tribe’s vision of, “responsibly exercising sovereignty, investing in our people, refining and evolving”.  And the TechWomen saw that the US solar industry is accessible through connections with their companies and the GRID Alternatives community. 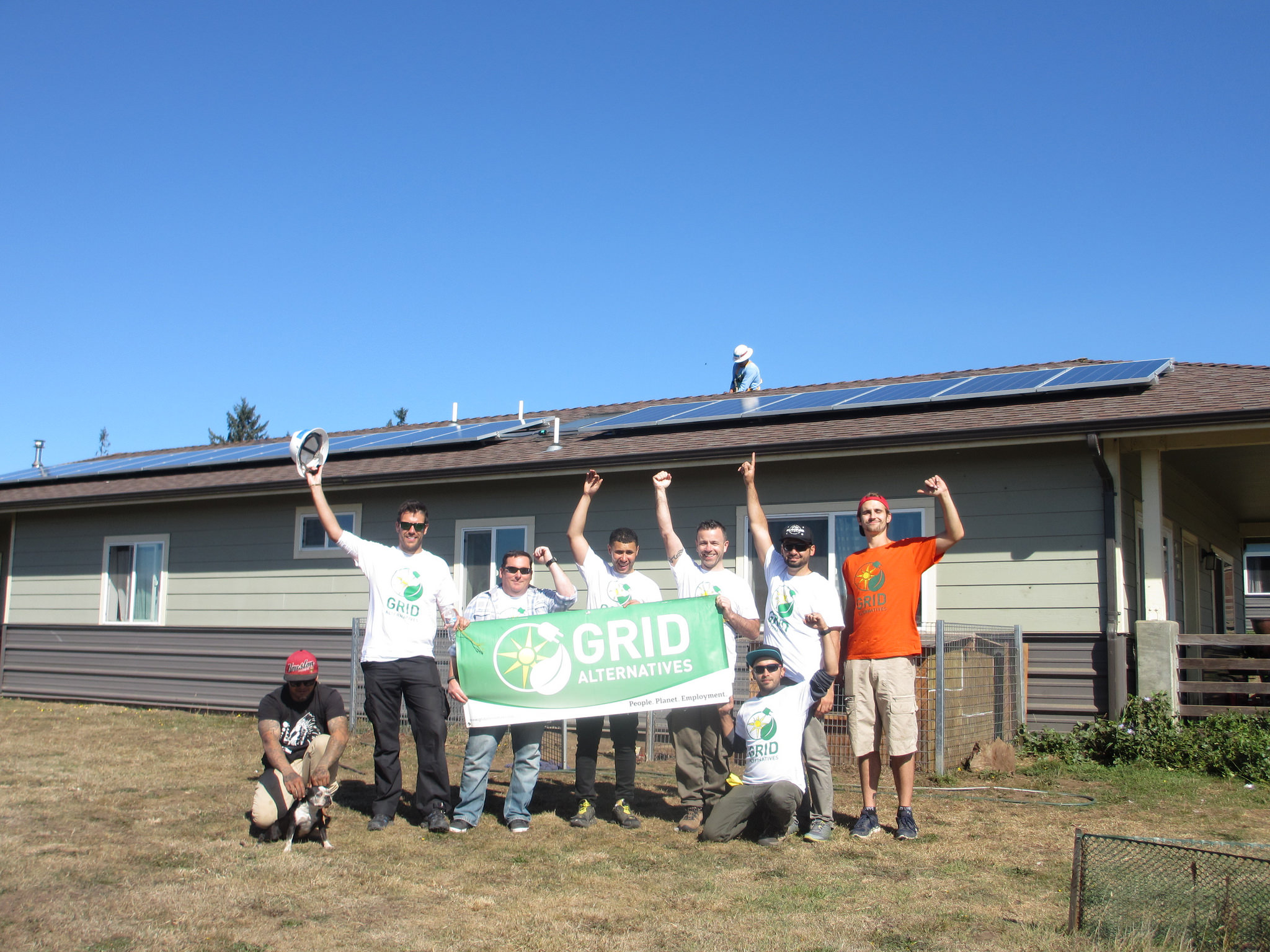 Solar industry connections build communities that in turn create the demand that keeps the solar revolution churning.  Clean energy as a whole is a cultural movement, with 24% annual employment growth in the US adding to around three million worldwide.1  The key to continued growth is fostering conversation and educational paths to make solar a household topic.  Since arrays are largely out of sight on rooftops and in rural areas, solar needs more visibility at cultural events and public places.  The public eye, degree programs and job training snowball into adoption of the newest technology and then advocacy.  Every major consumer technology advancement of the last century followed this path and solar is just getting started.  Both professionally and with GRID, I am excited to be a part of this solar story as we all work together to change the world.

You can see more photos from the TechWomen install here and from the installation event with the Bear River Band of Rohnerville Rancheria here.