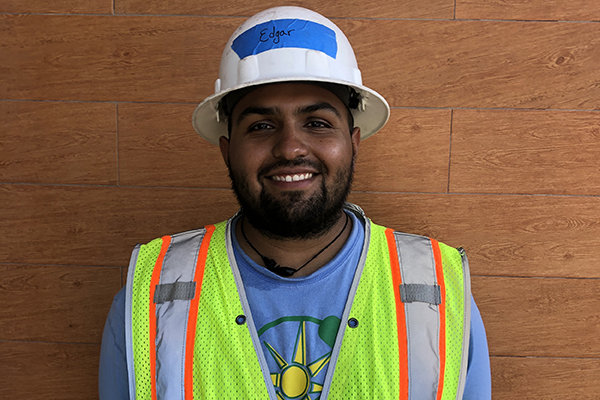 Edgar Madrigal grew up in Tijuana Baja California, Mexico and is a graduate of the Autonomous University of Baja California (UABC) with a degree in Renewable Energy Engineering. He participated as a volunteer for several years in an environmental group in Tijuana, carried out a student exchange to Chile, at the University of La Serena where he participated with the Intikallpa team in the construction of the IK3 solar car, for the solar race of Atacama in 2014. In 2015 he participated in the scientific and technological research summer of the Pacific at the Polytechnic University of Chiapas developing a study about desalination with a solar parabolic dish. In that same year he joined solar company Gecko Logic Mexico as an intern and later became a project manager. He met Grid Alternatives during the installation of solar systems at a school in the off-grid Kumiai community of Juntas de Neji in Baja California. Fascinated by the experience and the mission of GRID he decided to join Grid when a position became available in the summer of 2021. He dreams of bringing clean energy to all corners of Mexico and the world, he loves learning new things every day, hiking and cooking.