Juneteenth: More Than a Day of Remembrance 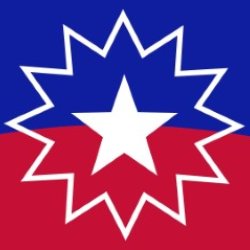 Our country is in the midst of a cultural and civil rights movement. June 2020 was historic for Black Lives Matter protests. We also want to honor another historic June, in 1865. June 19th is known as “Juneteenth,” also known as Juneteenth Independence Day or Freedom Day. Juneteenth commemorates the abolition of slavery in the state of Texas on June 19, 1865, a full two years after President Abraham Lincoln’s Emancipation Proclamation in 1863, which freed enslaved African Americans throughout the Confederate States of America. And on Thursday, Juneteenth was just made a federal holiday.

To advance climate justice and climate action, we must achieve racial justice. Spend time this year celebrating and honoring Black contributions, history, and joy, and continuing to show up, with action as well as words, to say Black Lives Matter.

The Emancipation Proclamation: An Act of Justice

The Emancipation Proclamation officially went into effect on January 1, 1863, and marked the end of the legalized institution of slavery in America, but in the small town of Galveston Island, Texas, enslaved black people had been carrying on their lives of bondage and subjugation, oblivious to the fact that they were actually free. On June 19th, 1865, Major General Gordon Granger and his band of Union soldiers arrived at Galveston Island to tell the last remaining slaves in the United States that they were finally free. Lincoln’s freeing of the slaves was only on paper, and the ongoing Civil War prevented freedom from becoming a reality as many plantation owners withheld the news. From the Union's perspective, the 250,000 enslaved Black people in Texas were already free — but none of them were aware of it, and no one was in a rush to inform them.

From Freedom to the Great Migration

Most former enslaved Black people weren't terribly interested in staying with the people who had enslaved them, even if pay was involved. What followed was called “The Great Migration”, or "the scatter" where over six million formerly enslaved African Americans left the rural Southern United States to find family members or more welcoming accommodations in North, Midwest and Western regions. Despite the announcement, Texas slave owners weren't too eager to part with what they felt was their property. When legally freed slaves tried to leave, many of them were beaten, lynched, or murdered. 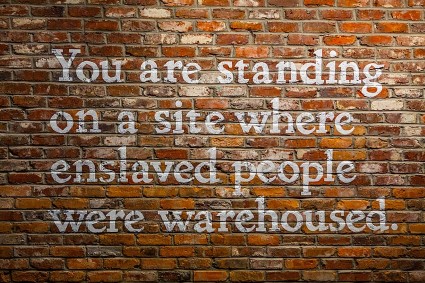 The Evolution: From Freedom Into Mass Incarceration

“EJI (the Equal Justice Initiative located in Alabama) believes that the history of racial inequality and economic injustice in the United States has created continuing challenges for all Americans, and more must be done to advance our collective goal of equal justice for all. The United States has done very little to acknowledge the legacy of slavery, lynching, and racial segregation. As a result, people of color are disproportionately marginalized, disadvantaged and mistreated. The American criminal justice system is compromised by racial disparities and unreliability that is influenced by a presumption of guilt and dangerousness that is often assigned to people of color. For more than a decade, EJI has been conducting extensive research into the history of racial injustice and the narratives that have sustained injustice across generations. Our new museum is the physical manifestation of that research.”