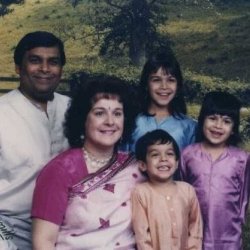 “Ahimsa” means non-violence or respect for all living beings. Inspired by the Indian roots from my dad’s side of the family, this was the central tenet that contributed to the culture of my childhood home and lifestyle. Though we learned never to eat animals and to gently carry spiders and other bugs out of the house to live their lives in peace but away from our home, my siblings and I were taught to respect the choices and beliefs of others as part of a balanced and compassionate life. We learned to embody “anekantavada,” to respect the different perspectives of other people and attempt to walk in their shoes.

These core values continue to shape and inform much of Indian culture to this day, allowing one of the world’s biggest yet most diverse nations to thrive in conjunction with its diversity, rather than despite it - “unity in diversity,” as was coined by former Indian Prime Minister Jawaharlal Nehru. Indian Americans have fostered this spirit of embracing diversity in the United States over the past century, as we have assimilated and contributed to American culture. As part of AAPI heritage month, I’d like to take this opportunity to reflect upon how my Asian American identity has played a role in my commitment to GRID’s mission as a staff member for the past six years.

One of the things I’ve always loved about the work of GRID Alternatives is how it aims to address some of society’s injustices from a deeper layer, below the surface, from where multiple interconnected imbalances stem. Inequitable socioeconomic patterns, environmental degradation, and economic stagnation - people, planet, employment: these issues are interrelated at their core, and GRID Alternatives recognizes this, doing our best to engage our communities from a place of proactive compassion and cooperative support, bringing people of various walks of life together around a shared vision, “renewable energy that benefits everyone.” This quality, I feel, is a prime example of the spirit of celebrating unity in diversity. 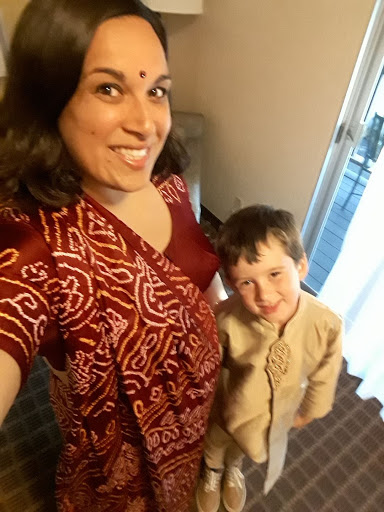 Indian culture has long been a forebear of the application of this essence to the environmental justice movement. Growing out of the non-violent resistance movement that, led by Mahatma Gandhi, guided India out of British rule and into national independence in the 1940s, the 1973 Chipko movement in the northern Indian state of Uttar Pradesh was one of the first modern environmental justice movements the world had seen and demonstrated the inter-related nature of human and environmental justice, as well as the critical role our species’ relationship with nature plays in our ability to thrive. Chipko means “to cling to” or “hug”; the Chipko movement was an organized justice effort whereby local female villagers demonstrated non-violent resistance to increased commercial logging in their communities by hugging trees to protect them and the role they played in the ecosystem, which was so crucial to the lives and livelihoods of the local people.

I love being Indian-American, Irish-Amerian, and of mixed ethnicity, and I feel honored to witness every day the unique ways that my Asian cultural heritage contributes to my participation in my community and American society. The United States is truly a melting pot of people from versatile cultures and backgrounds who have come together around common values and ideals related to life, liberty, and the pursuit of happiness. These values inspire the American way, and there are so many creative ways to explore and express them. Our Asian-American community members offer some of the golden strands that contribute to weaving the beautiful tapestry upon which we stand now. As we continue to weave our story and look to the horizon of our future, I’m so grateful for the contributions of AAPI cultures and communities and will continue to play my unique part.