Impacts from the Cruz family's solar-powered drip irrigation system include higher earnings, more diverse crops, eliminating the need to rent a gas pump three times per week, the ability to work the farm and produce year-round, and more locally grown food available in their community. 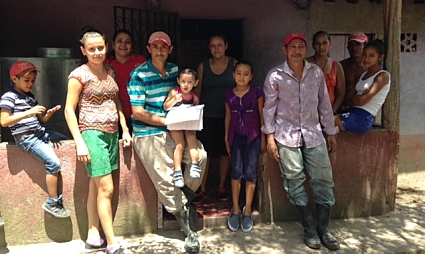 Jinotega is located in the northern region of Nicaragua and  is known as the ‘city of mist’ because of its cool and pleasant climate most of the year. The Cruz farm used to be land covered in rocks and thorns so the farm is called El Espinal. After much hard work the family removed the rocks and thorns by hand and transformed the land into fertile soil where they now grow beans, corn, plantains, squash, cucumbers and onions to eat at home and to sell at the local market.

Boanerges works on the farm with his father Francisco Cruz who he highly trusts and respects. Together, and with the support of the rest of the family, they work on the land daily. When Grid Alternatives (GRID) met Boanerges and Francisco Cruz in 2016 they were renting a gasoline pump to irrigate their crops. They were only able to sow part of their farm due to the high cost of the fuel and the cost to rent the pump. Even though there is grid electricity in the area,  the high costs of electricity did not make using an electric pump a viable option. They tried to irrigate their crops less frequently to save money, but the crops were stressed and did not grow well. According to Boanerges, more than 60% of the family’s income  was being used to pay for fuel to irrigate the crops.

Boanerges and Luisa are members of the organization based in Jinotega called AVODEC (Association of Volunteers for Community Development), which works on issues of health, education, agriculture and economic development, in most of the communities in the department of Jinotega. AVODEC gave the Cruz family  technical farming assistance  and micro loans to pay for crop inputs and materials. GRID has been working with AVODEC for three years to bring solar water pumping to rural communities and small farmers in Nicaragua. 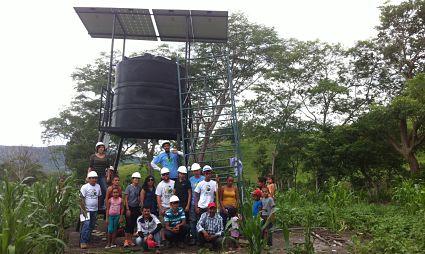 Together, AVODEC and GRID selected the Cruz family for the solar drip irrigation project due to the family’s level of need, their excellent record working with AVODEC,  the community engagement Luisa Cruz demonstrated as a community health and education promoter, and the family’s opportunity to increase income and crop yields with a the new solar irrigation system.

GRID met with the Cruz family months before the project to identify their irrigation needs, the types of crops that would be planted and the characteristics of the water source in order to design the irrigation system according that met the needs of the family. Once the project was approved, Boanerges and Luisa were notified. GRID asks small farmers we work with to contribute 20% of the equipment cost which totaled $2,000 for this system.  Due to the difficult economic situation in which the Cruz family found themselves AVODEC gave the family a grant of  $ 1,000 and provided a micro loan with low interest and no collateral requirement to the family for the remaining $1,000. GRID Alternatives contributed the remaining 80% of the total cost of the system, totaling  $8,000 plus staff time.

In July 2016, GRID Alternatives installed a DC-direct 880 watt solar drip irrigation system over 4 days together with Nicaraguan solar company Suni Solar, international and local volunteers, and members of the Cruz family. The systems includes a submersible solar pump, a pump controller, four 220W solar panels, a 5,000 litre water tank, a metal racking structure that is connected to the tank structure, and drip irrigation tubes. The pump is installed inside an artesian well that was already on the the Cruz property. The solar pump moves water into the tank during the day when the sun is shining, and then gravity moves the water from the tank to the irrigation tubes which irrigate the crops drip by drip.

GRID Alternatives is known for its commitment to keeping the projects we install up and running. GRID staff has made regular visits to the family to understand the project impacts and ensure regular maintenance is performed.  1 and a half years after the installation, GRID and the Cruz family have identified the following impacts: 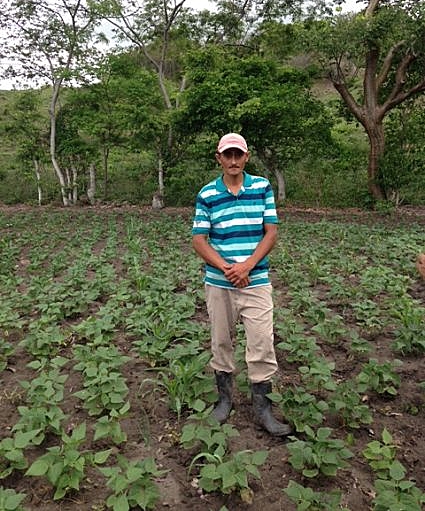 In the near future, the family plans to continue improving the farm.  Despite receiving offers from foreign investors for their property, Luisa and Boanerges hope to use the farm to support their family and contribute to the development of their community.

The Cruz family has become a model for others to follow in their community.  Boanerges and Luisa are respected for how they treat others and the for the success they have had with their farm due to their hard work and their investment in solar energy.  In February 2018, GRID Alternatives is installing another solar powered drip irrigation system on a neighbor’s farm inspired by the Cruz family solar system.

View a downloadable PDF of this case study here. Descargue la versión en español aquí. You can see photos from this project here.

To make a donation to GRID Alternatives in support of our work in Nicaragua please click here.