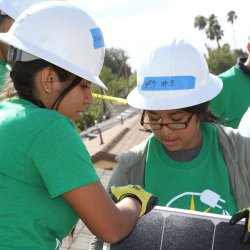 The result in this case represents an undemocratic exercise of power that leaves the planet in worse shape for everyone, especially Americans who live in proximity to fossil fuel infrastructure. As noted in the strong dissent by Justice Elena Kagan, “The Court appoints itself—instead of Congress or the expert agency—the decisionmaker on climate policy.”

The effects of this decision will be measured in deaths, pollution-based illnesses, and catastrophic climate damage. These effects will be felt first and worst by communities who contribute the least to the crisis, but who, through this and other political and policy decisions, have been designated as sacrifice zones to preserve a fossil fuel-based extractive economy.

The results of the Supreme Court decision in West Virginia v. EPA highlight the reality that Americans cannot rely on the highest court to protect people and the environment. We will have to do so through community-led, intersectional solutions that put equity and justice first and leave no one behind. The decision also speaks to the urgent need for Congress to enact a budget reconciliation package that preserves as much climate investment as possible from the Build Back Better Act passed last year by the House of Representatives. Still, in light of today’s decision, we acknowledge that much of the work will need to be done at state and local levels to work toward a transition to a clean and just economy.

As author Alice Walker stated, “The most common way people give up their power is by thinking they don't have any.” We grieve the impacts of this decision on vulnerable people and the environment, but we also recommit to bending the arc of the moral universe toward justice. Together with our communities, GRID will continue to work to shape our government at all levels to reflect the will of the people, and to reshape our energy system and our society toward fairness for current and future generations.