Having an off-grid solar system on his house in the rural community of El Platanal, Nicaragua has allowed Jose Ariel to maintain his independence and dignity, despite the challenges he faces living with a disability. By continuing to live in his own house and raise animals, he has a purpose and a comfortable routine. 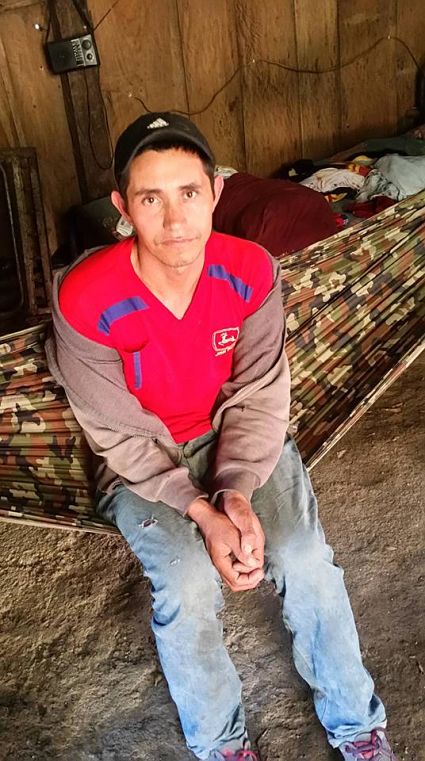 José Ariel, known as “Arielito” to his community, is 29 years old and lives in Platanal, Boaco, Nicaragua.  Platanal is a rural community located in the department of Boaco with no access to conventional grid electricity or potable water.  The houses in Platanal are simple and are dispersed throughout the trees on the hills. Community members collect water from springs and a small creek for drinking, bathing, and household use.

For many years, Ariel took care of the family farm since his mother, father, and sisters live a 40 minute walk from his house. He harvested the corn, wheat, and beans and raised chickens and pigs which provided income for his family.  Since Ariel did not have electricity in his home, he had to walk for four hours, every other week, to buy kerosene fuel to burn in his two kerosene lamps at home. One lamp lit the living room and the other lit the kitchen. He only used the lamps for a couple of hours each night to save money, to limit the exposure to the black carbon smoke that filled the house, and to prevent the lamps from starting a fire in his home.

Nine years ago, Ariel was diagnosed with a neurological disorder that has slowly progressed, creating numbness in his body and making it extremely difficult for him to walk.  Simple things like getting a glass of water could take about 30 minutes since is hard for him to hold a glass and pour water from a medium size container. He visited various doctors for five years but none were able to diagnose the disease or find a treatment for him.  Despite the challenges posed by the disease, José Ariel chooses to live alone on his family’s farm to maintain his independence.

GRID Alternatives started working with the community of Platanal in 2012, starting with the installation of a 1kW PV system at the local school. At that time, José Ariel was a young man who actively participated in the development his community, and he volunteered for a leadership role on the community’s newly formed Energy Committee. When GRID started working with Platanal  He attended every meeting and went house by house to invite all the families to the meetings. Community members had deep affection for him knowing that as a volunteer community leader he did not receive any compensation for his work. 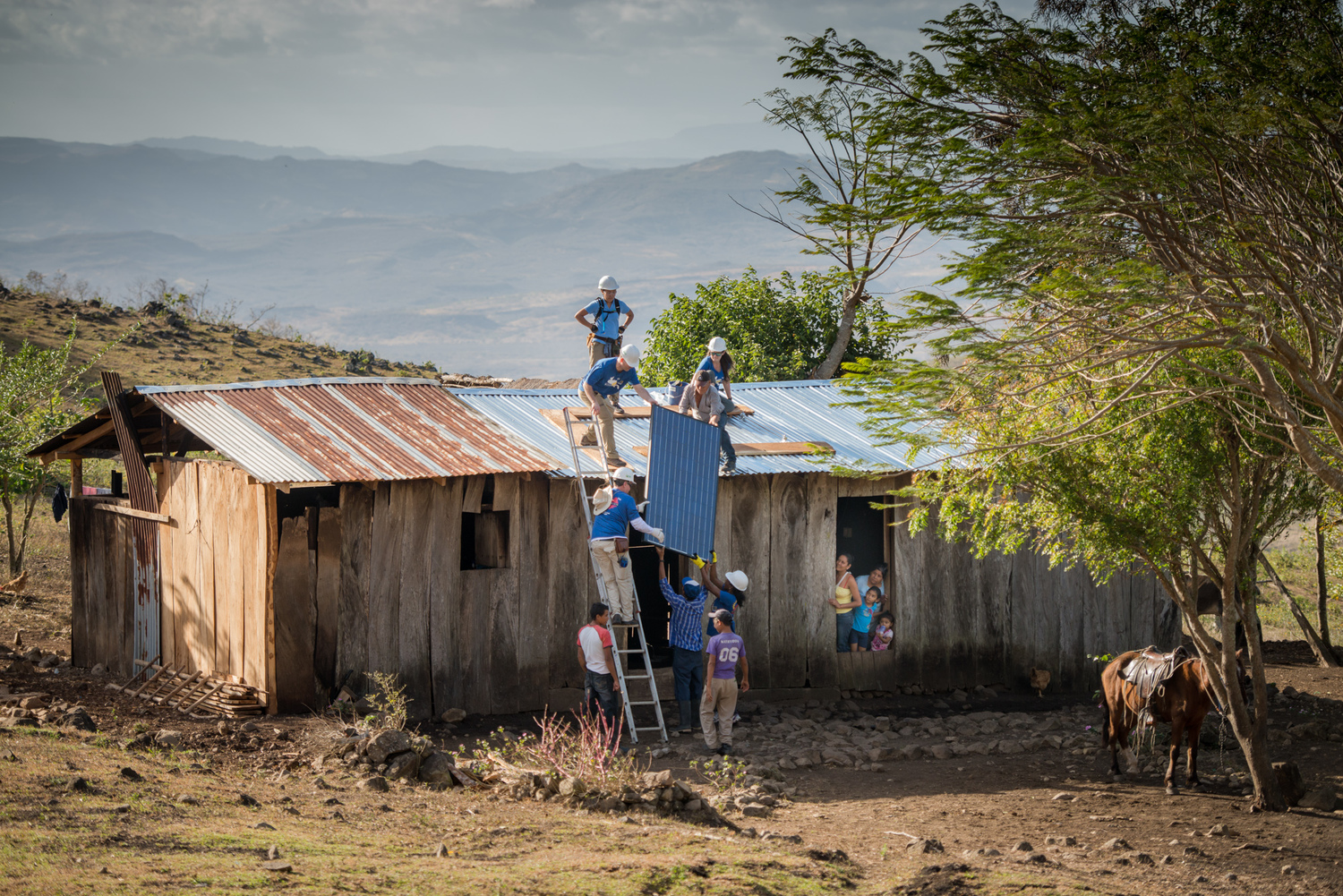 Three years later, GRID Alternatives worked with the community of Platanal for a second phase of solar projects.  In March of 2015, GRID installed a 235W solar home system on Ariel’s house, bringing electric lighting and AC power to the home for the first time.  He was one of 40 homes in the community to receive a GRID solar home system. Each family that received a system contributed $250 (25% of the subsidized system cost), helped carry equipment to the project site, hosted travelers during the installation, and were in regular communication with GRID staff before and after the project.

The solar home system was custom designed by GRID Alternatives based on the needs of the rural communities GRID works with across Nicaragua. The main system components fit within a box. Each system is powered by one 235W solar panel and stores energy into a 12V deep- cycle battery allowing families to turn on lights for hours each day and plug in radios, TVs, cell phones, and other small appliances. 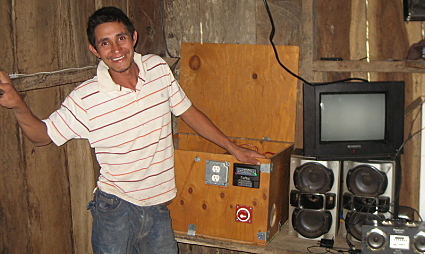 Having solar on his house has allowed Jose Ariel to maintain his independence and dignity.  By continuing to live in his own house and raise animals, he has a purpose and a comfortable routine. He maintains his own system, adding distilled water to the battery periodically and ensures the components stay free of dust and bugs.

In October of 2018, GRID will install an improved cookstove in José Ariel’s home as part of a third phase of projects in Platanal.  The improved cookstoves require 80% less wood than a traditional open fire stove found in many kitchens in Nicaragua, so José Ariel will save time collecting wood to cook while respecting the way families in Platanal have cooked for hundreds of years.  The stoves will remove smoke his home through a chimney and will enclose the flames of the fire, increasing safety. 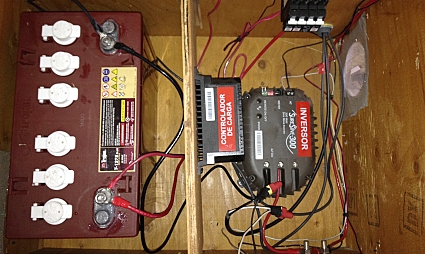 You can see photos from this project here. Download a PDF version of this case study here. Descargue la versión en español aquí.

To make a donation to GRID Alternatives in support of our work in Nicaragua please click here.