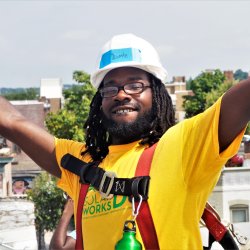 After months of negotiations, last week the Senate reached a tentative agreement on nearly $370 billion in climate and clean energy investments to be contained in the “Inflation Reduction Act of 2022.”

The Senate will vote on the bill as early as next week. If enacted, the Inflation Reduction Act would be a massive step forward to protect our environment. It would help our country and ALL of the communities address multiple aspects of climate change and transition to a cleaner, more equitable, more affordable energy system.

There is still a long way to go on climate policy, however. The Inflation Reduction Act includes provisions that promote environmental justice, though more actions are needed to achieve true equity.

Nonetheless, the act is a large, long-negotiated legislative package that contains many provisions GRID Alternatives and our partners fought to include in the Build Back Better Act, which the House of Representatives approved last year. Here are a few highlights from the Inflation Reduction Act:

The Inflation Reduction Act would reduce United States greenhouse gas emissions by 40% by 2030. We still need to aim higher. The executive action recently suggested by President Biden, for example, would promote community solar and solar for affordable housing, which would adopt further GRID policy recommendations.

This initiative would kick off a tremendous amount of work with federal, state, and local agencies. In the meantime, it builds momentum for the community-powered solutions that GRID Mid-Atlantic builds to advance economic and environmental justice through renewable energy.

Ready to go solar? Apply for solar with GRID Mid-Atlantic!