GRID condemns the assault on democracy 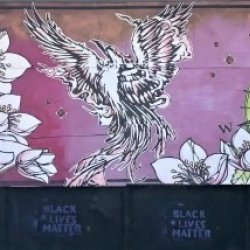 GRID Alternatives strongly condemns the violent assault that took place in our nation’s capitol on January 6th. Our thoughts are with our Mid-Atlantic staff, all those whose home city was invaded by white supremacists, everyone on Capitol Hill who was terrorized, and all who continue to be appalled, hurt, and frightened by the attempted coup.

GRID joins the many voices condemning Donald J. Trump and all those complicit in undermining our democracy by spreading misinformation and physically being present for the assault on the Capitol. We demand accountability and action - including swift removal from office of those who incited the violence with lies and hate.

GRID’s mission is to  build community-powered solutions to advance economic and environmental justice. We saw that America’s democracy can exemplify the positive impact of community power. A diverse coalition, led and organized by Stacey Abrams, mobilized to overcome racist voter suppression and achieve historic results with Georgia’s Senate elections.

And as we were reminded by the violent insurrection in our nation’s capital on January 6th, America’s democracy, and human lives, continue to be endangered by white supremacy.

At GRID, we recognize that America’s democracy has yet to be perfected. The blatant differences between police preparation and response for Black Lives Matter protests versus Wednesday's attempted coup further illuminates the disparate treatment we have seen countless times. The very halls and chambers that were overrun in our Capitol have been the locations of great injustices perpetrated against Americans, especially Black, Indigenous, and people of color. The very process that was interrupted, the Electoral College count, operates to bolster white supremacy and disenfranchise millions. Our national foundations are tethered to slavery, colonization, and all of their vestiges.

Ensuring that all Americans are given an equal opportunity to meaningfully participate in how we are governed will require accountability, commitment, and deep societal and personal change.

GRID’s work depends on democracy. Through our work in renewable energy, we at GRID hope to build a more just and inclusive society.  Protecting and perfecting our democracy and dismantling white supremacy goes hand in hand with work to advance climate and environmental justice.